Use the link to open a customised Google map showing the anchorages below and other information (map opens in a new window).
Photos can be seen on the slide show at the bottom of the page.

After receiving your briefing at our charter base on Opua Wharf, and perhaps getting a few last minute provisions at the local store, cast off and head down channel towards the historic township of Russell (picture 1). Set sail if you really want to!

Anchor in the excellent holding ground of Matawhi Bay. Go ashore in the evening for a drink at the quaint Russell Boating Club and, leaving your dinghy on the pontoon dock, take a 5 minute stroll into Russell to eat at one of the number of fine restaurants in the village.

After washing the Matawhi Bay mud from the anchor, set sail and round Tapeka point where Roberton Island will be visible to you. Twin Lagoons Bay (picture 2) is one of the most popular anchorages in the Bay, with good reason. A lovely beach, lagoons for snorkelling in and an easy 10 minute walk to the islands high point gives you a panoramic view over the Bay.

From Roberton Island it is an easy 40 minute sail to Moturua Island and the locally named Army Bay (it’s called Waiwhapuku on the chart but almost no one knows it as this). This bay with its sandy beach and overhanging trees was the site of a military camp during WW II and the “pillbox” on the headland overlooking the bay gives a splendid view of the anchorage. Not a hardship posting (picture 3).

There is a well marked track around the island which takes about 2½ hrs for the circuit.

Explore the bird sanctuary and extensive hikes along the cliff edges of Urupukapuka Island (picture 4). Discover the Café at Otehei Bay.

Up anchor and motor out through Waewaetoria Passage to give a clear run out to the Cape. An icon of the Bay of Islands, the ‘Hole in the Rock’ is in Piercy Island off Cape Brett. The ‘hole’ runs NW – SE, so is not visible from inside the Bay’. The area abounds with fish and bird life. Expect to see dolphins. Continue around the Cape sailing a short distance south to the uninhabited Whangamumu Harbour (picture 5). Here you will find whaling station ruins and walks ashore.

Oke Bay (picture 6) at the base of the Cape Brett peninsula makes a pleasant lunch stop after the sail around from Whangamumu. For the night you can move further into the Bay and anchor in the tranquil Te Hue Bay, also known as Assassination Cove. The latter name relates to the killing of Marion Du Frense, an early European explorer, by local tribes people. The only killings in Te Hue Bay these days are made by real estate agents.

Head home around Tapeka Point and up the Veronica Channel to be in time for your noon drop off at the charter base. 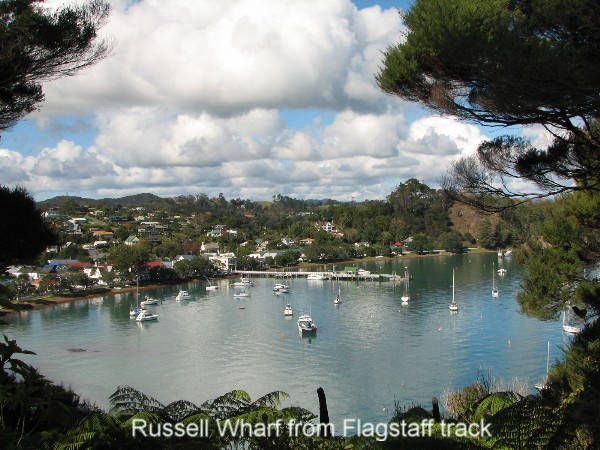 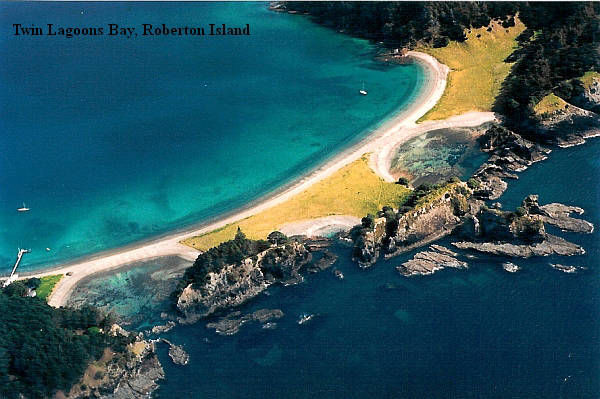 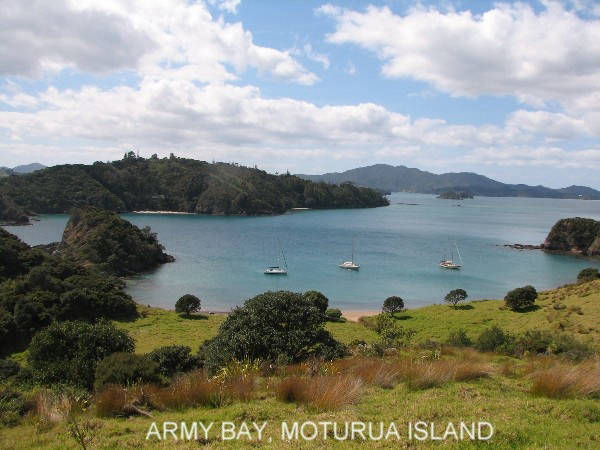 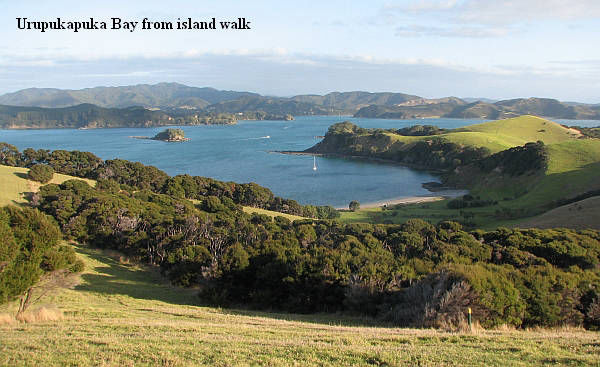 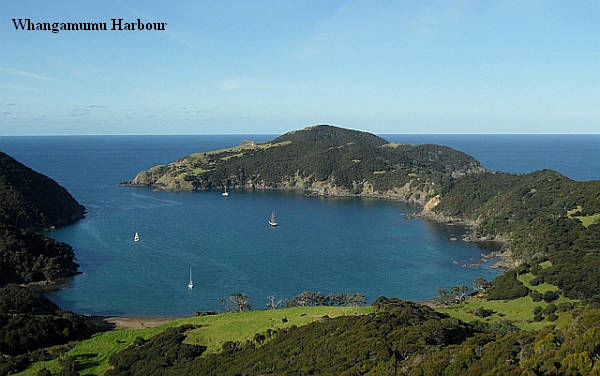 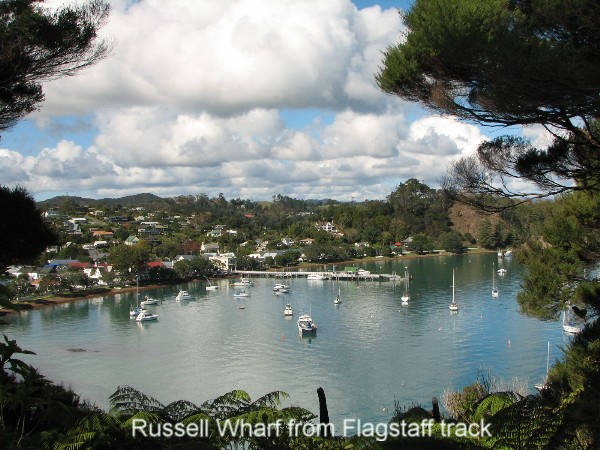 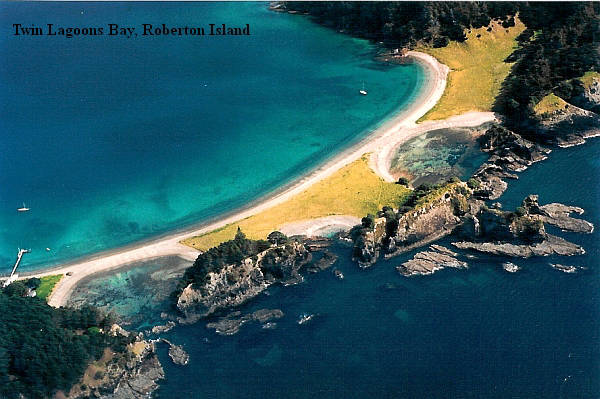 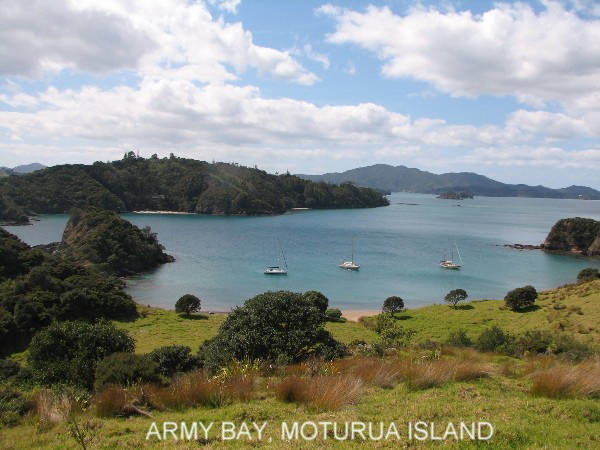 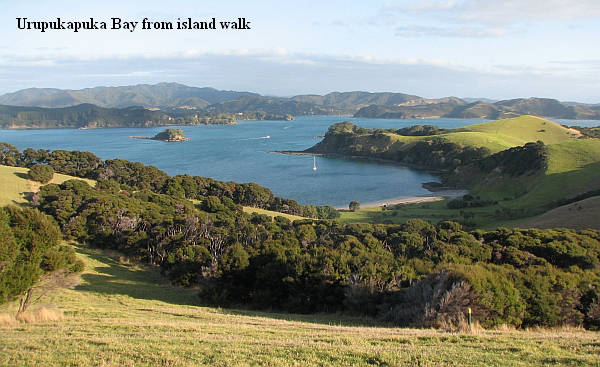 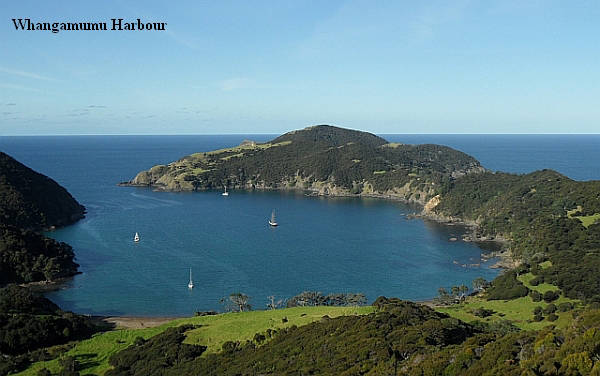 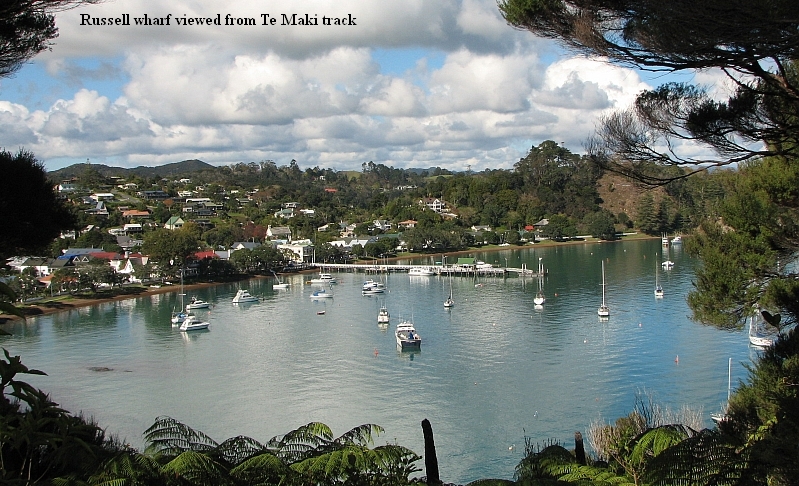